Posted by ruthmedia on December 9, 2020 in Uncategorized | Leave a comment

Crock of Gold: A Few Rounds with Shane MacGowan (18)

Synopsis: A cinematic exploration of Shane MacGowan’s story, Julien Temple’s film ‘Crock of Gold’ details Shane’s explosive existence, from his salad days, growing up in Ireland, to time spent on the mean streets of London and embracing the punk scene. From forming The Pogues to conquering the known universe, we discover MacGowan’s passions, his humour & deep knowledge of music, history, spirituality & popular culture. For this is Shane’s story – a vision of the world through the eyes of the great punk poet himself and an intimate cast of close friends and family members, all channelled through Temple’s inimitable and eternally vibrant lens.

From the multi-award-winning and critically acclaimed film, documentary and music video director Julien Temple [The Filth and the Fury (2000), Glastonbury (2006), London: The Modern Babylon (2012)] and produced by Johnny Depp, the film is a cinematic exploration of the legendary poet, punk and Pogue Shane MacGowan.

Combining interviews, previously unseen archive footage, specially commissioned animations from legendary illustrator, Ralph Steadman, and with an impressive soundtrack, the documentary details Shane’s explosive existence from his early days growing up in Ireland, to time spent on the mean streets of London and embracing the punk scene, to forming The Pogues. We discover MacGowan’s passions, humour, and deep knowledge of music, history, spirituality, and popular culture.

The film is a vision of the world through the eyes of the great punk poet himself and an intimate cast of close friends and family members, all channelled through Temple’s inimitable and eternally vibrant lens.

Filmmaker Julien Temple dives deep into the life of MacGowan, the tortured vocalist best known as the lead singer and songwriter of The Pogues, who famously combined traditional Irish music with the visceral energy of punk rock. The film also features unseen archival footage from the band and MacGowan’s family.

On the 15th of January, 2018, at the National Concert Hall (NCH) in Dublin, Ireland, MacGowan belatedly celebrated his 60th birthday, with an adoring crowd of fans, friends, collaborators, and not to mention the President of Ireland, Mr. Michael D Higgins. At the end of an evening where MacGowan’s many songs had been played by all manner of brilliant musicians in sublime ways, the President presented him with the NCH’s lifetime achievement award.

Julien Temple says:”Irascible, intractable, infuriating, fascinating, appalling, galling, bellicose, comatose, cantankerous, cadaverous, impossible, unstoppable – filming Shane is like flying through a radioactive rainbow but in the end there is an inner ‘Crock of Gold’ waiting to be discovered by those who try hard enough. Hence the title of the film, taken from the old Irish legend of the same name.

It’s not the easiest thing to make a film about Shane MacGowan. The nearest thing

I can think of is one of those David Attenborough films. You set the camera traps. You wait

and you wait, in the hope that one day the snow leopard will trigger them. Then when you

do actually capture the unique force of Shane’s personality, even for a moment on screen,

you realise it was all worthwhile.”

A vigorous cinematic toast, Crock of Gold: A Few Rounds with Shane MacGowan pays suitably intoxicating tribute to its subject.

In cinemas and streaming on digital platforms 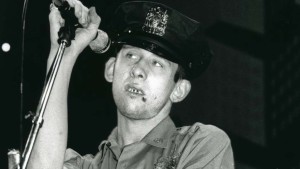 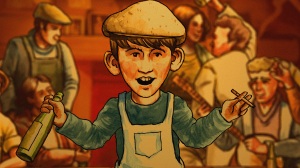 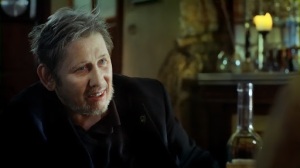