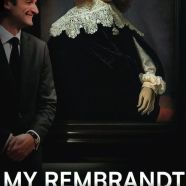 Posted by ruthmedia on August 10, 2020 in Uncategorized | Leave a comment

Synopsis: Aristocrats cherish, experts rule, art dealers hunt, collectors crave and museums battle for Rembrandt. 350 years after the grand master of intimacy’s death, entire nations are more than ever obsessed with his paintings. ‘My Rembrandt’ is an epic art thriller that takes us into the super exclusive world of the Old Masters collectors.

From documentary film maker Oeke Hoogendijk – best known for the 2014 documentary The New Rijksmuseum, which followed the renovation of the Rijksmuseum in Amsterdam over ten years – comes My Rembrandt ; set in the world of the Old Masters, it offers a mosaic of gripping stories, in which unrestrained passion for Rembrandt’s paintings leads to dramatic developments and unexpected plot turns. While art collectors such as Eijk and Rose-Marie de Mol van Otterloo, the American Thomas Kaplan and the Scottish Duke of Buccleuch wax lyrical about their special connection with ‘their’ Rembrandt, French Baron Eric de Rothschild puts two Rembrandts up for sale, triggering a hard political battle for acquisition between the Rijksmuseum and the Louvre. The film mainly follows aristocratic Dutch art dealer Jan Six on the trail of two ‘new’ Rembrandt paintings, stirring up a bitter authenticity battle on the way, a nerve-wracking journey of discovery that could bring the realisation of his biggest boyhood dream.

Rembrandt’s paintings have lost none of their appeal in the 350 years since his death. Collectors worldwide cherish the magic of the Dutch master’s work. This entertaining documentary shows the passion of a variety of Rembrandt enthusiasts. An eccentric, aristocratic Scot is looking for the ultimate place to hang his beloved portrait of a woman reading. An animated Amsterdam art dealer has his eyes open for a second chance to discover a “new” Rembrandt; this descendant of an old merchant family, whose ancestor was once painted by Rembrandt himself, has got something to prove. An ambitious American businessman and his wife proudly make “their” Rembrandts available to the Louvre; and the Rothschild family’s decision to put Rembrandt’s wedding portraits of Marten Soolmans and Oopjen Coppit on the market threatens to provoke a diplomatic row between the Netherlands and France.

In a recent interview, director Oeke Hoogendijk commented: ‘‘I often find films about art educational, like lectures are. The content is interesting, but the form is not very exciting. I thought: surely you can make a film about Rembrandt that’s a little more like a thriller? An art-thriller. That was the ambition.”

My Rembrandt certainly provides a fascinating insight into what makes the work of this Dutch master technically so extraordinary, and why different people are so deeply affected by his oeuvre, or a specific work. Meanwhile, centuries after Rembrandt’s death, his paintings are proving they can still be a source of thrilling drama and gripping plot twists.