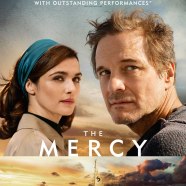 Posted by ruthmedia on February 27, 2018 in Uncategorized | Leave a comment

Synopsis: The incredible story of amateur sailor Donald Crowhurst and his solo attempt to circumnavigate the globe. The struggles he confronted on the journey while his family awaited his return is one of the most enduring mysteries of recent times.

Following his Academy Award® nominated film The Theory of Everything (2014), James Marsh directs the incredible true story of Donald Crowhurst (Colin Firth), an amateur sailor who competed in the 1968 Sunday Times Golden Globe Race in the hope of becoming the first person in history to single-handedly circumnavigate the globe without stopping. With an unfinished boat and his business and house on the line, Donald leaves his wife, Clare (Rachel Weisz) and their children behind, hesitantly embarking on an adventure on his boat the Teignmouth Electron.

This is the latest re-telling of this tragedy which presents Crowhurst as a man struggling through a series of crises, ranging from the conflict with his wife and children to the media story being told to the public. The excellent script, written by Scott Z. Burns, doesn’t shy from harshness.

The Mercy is visually stunning with cinematography by Eric Gautier and an exquisite musical score from the talented Jóhann Jóhannsson [The Theory of Everything (2014); Sicario (2015); Arrival (2016)] who sadly died in February.

Colin Firth is perfectly cast, bringing his characteristic subtlety to the portrayal of Crowhurst. He is constantly convincing – chronicling the breakdown of Crowhurst’s British ‘stiff upper lip’ attitude and his descent into despair and mental breakdown. Firth’s powerful performance is backed by the film’s evocative and eerie sound design.

A superb ensemble cast features Ken Stott as local businessman Stanley Best from whom Crowhurst borrowed money and David Thewlis as Rodney Hallworth the publicist he hired as he set his expedition plans in motion.

Other well-known faces from British film and TV include Andrew Buchan and Jonathan Bailey (Broadchurch); Mark Gatiss (Sherlock, Our Kind of Traitor); Adrian Schiller (Victoria, Beauty and the Beast). 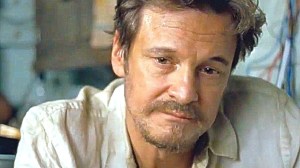