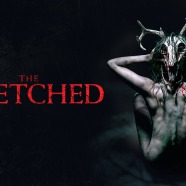 Posted by ruthmedia on May 8, 2020 in Uncategorized | Leave a comment

Synopsis: Ben is a troubled teenager who one summer goes to stay with his divorced dad Liam, at a coastal resort where he has been fixed up with a job at the marina that Liam manages. Ben starts to have feelings for smart, pretty Mallory, who works there, but he also becomes obsessed with the weird family who live next door to his dad, especially the mother Abbie , who is behaving very strangely.

US indie writer-directors Brett and Drew T. Pierce bring us this supernatural horror film set in an idyllic beach community. Following his parents’ separation, a rebellious teenage boy Ben (John-Paul Howard) is sent to live with his father Liam (Jamison Jones) for the summer, to work at the local marina in order to develop some form of discipline. The luxuries of the tourist town offer little solace for him, however, as he is forced to deal with the local, privileged teens and his father’s new girlfriend. Ben’s problems become increasingly disturbing when he makes a chilling discovery about the family next door, whose punk-rocker type mother of two Abbie (Zarah Mahler) appears to be up to something wicked in the nearby woods.

Ben’s suspicions of the supernatural horrors go unheeded and he launches a perilous crusade in order to put an end to the ‘skin-walking’ witch’s reign of terror.

Chilling and suspenseful, The Wretched offers a modern update on the retro story of a young hero’s mission, with enough jump scares and old school horror conventions to make viewers wary of every dark corner they encounter after viewing.

Familiar horror tropes in the film include youth catching on before sceptical adults and authority; flesh eating shape shifting; spooky cellars, attics and strange drawings and markings. In this department The Wretched rarely surprises. But it is well-crafted enough to get under your skin, with assistance from the creepy camerawork of cinematographer Conor Murphy and an unsettling score by Devin Burrows.

Good old-fashioned atmosphere and suspense with a sting in the tail, the film is a bit like every horror film that you have ever seen – which may make it the ideal comforting antidote in these uncertain times. 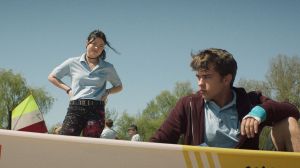 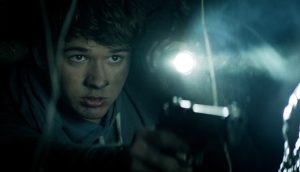 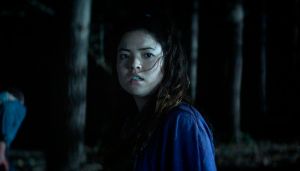