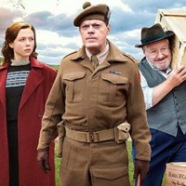 Synopsis: In the midst of wartime rationing the residents of the Island of Todday are facing a whisky drought, when an 8000-ton cargo ship carrying cases of the beloved amber nectar runs aground. The wily islanders seize the opportunity to plunder the vessel and hide their valuable loot from the Home Guard.

Director Gilles Mackinnon [Regeneration (1997); Hideous Kinky (1998); A Simple Twist of Fate (1994)] introduces new audiences to a classic tale and reminds existing fans of this wonderful story, first popularised by Sir Compton MacKenzie in his timeless 1947 novel, and then made into a celebrated 1949 Ealing film by first time director Alexander Mackendrick. Now, sixty years on, this ‘based on true events’ tale is still as comical, entertaining and charming as ever, with a bonus of beautiful colour cinematography to capture the Highland land- and sea-scapes.

A new generation of much loved UK character actors recreate this tale of a wartime Outer Hebridean island community facing a whisky shortage and successfully challenging officialdom and authority when a surprise convoy lands on their doorstep. Told with the humour and reflecting the indomitable spirit of the island population, there is more evidence of the true story of the ‘SS Politician’ in playwright Peter McDougall’s witty script.

During World War Two, when the 8000 ton cargo ship the ‘SS Politician’ ran aground off the Island of Eriskay during gale force winds, the whisky-deprived, shrewd islanders plundered the wrecked vessel and did their best to hide the loot from the buffoonish Home Guard commander Captain Waggett (Eddie Izzard). A top-class ensemble cast includes Gregor Fisher as Macroon the local postmaster; Kevin Guthrie as mild-mannered teacher George; James Cosmo as local minister MacAlister; and a poignant cameo from the late Tim Piggot-Smith as Woolsey. The atmospheric cinematography by Nigel Willoughby of the land and sea around Portsoy further enhances this charming tale. 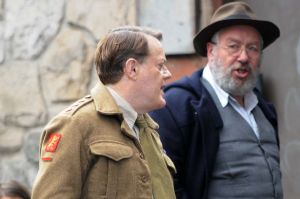