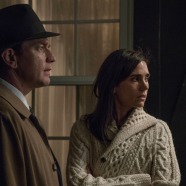 Posted by ruthmedia on November 8, 2016 in Uncategorized | Leave a comment

Synopsis: Based on the Pulitzer Prize-winning Phillip Roth novel, AMERICAN PASTORAL follows a family whose seemingly idyllic existence is shattered by the social and political turmoil of the 1960s.

For his directorial debut, Ewan McGregor has tackled one of the great American novels – Philip Roth’s Pulitzer Prize winning American Pastoral (1997) and cast himself in the lead role of local Jersey boy and sports hero Seymour ‘Swede’ Levov.

In a post-war era booming with optimism and innocence, the legendary high-school athlete Seymour ‘Swede’ Levov marries an alluring Miss New Jersey, inherits his father’s multi-million dollar glove factory, and starts a life of civic and domestic bliss, raising his beloved daughter Merry in a big country house in the serene, upscale neighbourhood of Old Rimrock, New Jersey.   By all appearances, the Swede is a pillar of his community, a paragon of the “greatest generation” – admired as a self-reliant businessman, charitable boss and devoted family man, and gifted with an unerring belief in all the promises of the American Dream.

In the 1960s—amid the unrest fuelled by the unpopular Vietnam War—an angry, and increasingly radical, 16 year-old Merry becomes the lead suspect in an astonishing act of deadly violence in Levov’s halcyon rural town, upending her father and his vision of the world.  Determined to come to grips with what has happened to his loved ones, the Swede goes on a quest not only to find Merry – now on the run as a fugitive from justice – but to restore the Levov family and his own heart.

American Pastoral is based on the Pulitzer Prize-winning Philip Roth novel that chronicles the profound changes in the last half-century of American life. The adaptation by John Romano [The Lincoln Lawyer (2011), Nights in Rodanthe (2008)] focusses on the Swede’s search for his daughter against the resonant themes of uncertainty, shifting fates, family and loss.

With atmospheric mise-en-scene from production designer Daniel B. Clancy and a lush, emotional score from Alexandre Desplat, the superb acting ensemble holds the film together.  Much of the story is told through the eyes of an ex-classmate of the Swede – Nathan Zuckerman, the ever-excellent David Strathairn and Rupert Evans is impressive as the Swede’s broken brother, Jerry.

A sad film which recreates the trauma, anxiety and grief of the Vietnam War era. 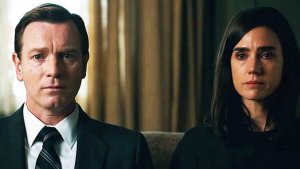 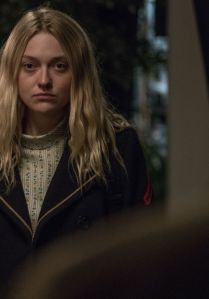